Increases physical pierce by 2%. Has a chance to stun for 1 turn on normal attack. 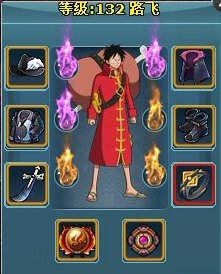 Retrieved from "https://pockiepirate.fandom.com/wiki/Luffy?oldid=63324"
Community content is available under CC-BY-SA unless otherwise noted.