Garp is a Vice-Admiral of the Marines and is the revolutionary leader, Dragon's father and therefore Luffy"s grandfather. Garp was able to corner Gol D Roger many times but Roger always escaped.

Garp's fury will not decrease due to enemy's skill effects. When Garp receives a debuff, there's a 50% chance that the debuff will be transferred back to the caster 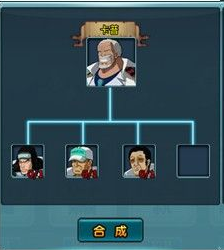 Retrieved from "https://pockiepirate.fandom.com/wiki/Garp_%22The_Hero%22?oldid=63168"
Community content is available under CC-BY-SA unless otherwise noted.