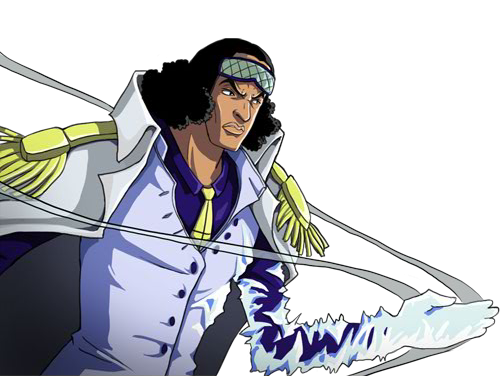 An event which involve the east and west affiliation.

Entering the event from the event icon. The event is open three times a week, on 8:30 pm in Asian server.

The event occurs on Monday, Wednesday, and Saturday on 9.30AM and 6:30PM in Game321 Server. You can participate both.

As of Chapter 9, VIP players are now able to use the auto-batlle feature. This makes your team attack a random, living target, if there is one available.

Start with waves of marine forces.

Marine forces 1 hit K.O. your crew no matter how high your Defense or HP is. You will take enough damage to die even if you block them. You can dodge their attacks.

Swordsman are known to survive if they have EndlessSky buff on with about 180k HP (calculated to do about 600k damage). Blocking while shielded also reduces the damage sightly.

A Sniper in end game has a very high chance to dodge all attacks, buying you one additional round.

Make sure if you combine cc not to waste all CC in one round. Split your CC and you will will have a high chance to kill forces.

You get 100K silver for every kill.

If you kill the entire team, you will get 500K Silver.

2nd round is waves of Shichibukai. The damage is the same as the marines, meaning the 1 hit K.O. you.

For Marine Force and Shichibukai there is one best positioning:

Put your tanks and weakest crews in the upper row and your damage dealers the second row. 4 of 5 forces will attack the top line first. This can buy you a lot of time. Use Stun Sea God power for the first target in the upper row, in general your tank. When you have Robin, use her and start with 100 Fury. The missing develop for 50+ can be countered with Fury shells for the other crews, just giving at least the difference to 50 Fury recovery. This allows your whole team to unleash it's Fury skills before any force can attack. Giving you a huge boost.

In the final round you will face Aokiji, on of the three Marine Admirals. 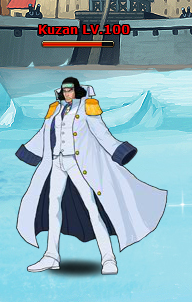 Aokiji is not affected by debuffs, nor can his fury be reduced. But he has no damage cap* unlike Whitebeard. You can hit as hard as possible (no Silver nor Honor for the damage). 3 Million silver will be rewarded to player who finished him.


Blocking: however, you can still block his attacks. While you put your tanks in the upper row for 5-man forces, you should switch when you fight Kuzan. Move your tank with highest block to the second row. In genereal you survive 3 rounds, attacking first. When you block at least 1 attack, you survive 4 rounds. Each crew starting it's Fury skill in first round, can now do it a second time! When blocking at least 3 attacks, you will survive for 5 rounds. This allows crews even starting with 50 Fury to unleash their Fury skill twice. In addition, your pet will unleash it's Fury skill, when your Prot is tanking.

Kuma (needs confirmation): When using Kuma, you are able to survive for more rounds with Kuma only. If Kuma blocks all attacks, Kuzan have to use his skill 3 times to kill him. When using the Heal Sea God power he even needs 4 times because you are healed after the first. So you can endure 3 to 5 rounds with your normal crew plus additional 9 to 15 rounds with Kuma only, based on Kumas block chance. However, since you are frozen you might get a 1 hit K.O. afterwards and drain up to 35% health again. Also you cannot attack while you are frozen but still block. Mirror Soul may also work when Kuma survive and may do a lot of damage (may be capped at 100k as well).

At total you can achieve those rewards up to 6 times a week.

Retrieved from "https://pockiepirate.fandom.com/wiki/Battle_of_Marineford?oldid=52045"
Community content is available under CC-BY-SA unless otherwise noted.